First a BBS, then a Website, then a TV Show!

In 1993, Mik Muller decided to get into the online business, starting up a 2-line Bulletin Board Service (BBS) out of his basement in Briarwood, NY (Queens) and called it Tree Branch. In June 1995, Mik married Anne and then moved to Chelsea, Manhattan, and bumped the BBS up to four modem lines. He also started up the website at TreeBranch.com as well as net and org, calling it Treebranch Online Services, where he hosted a number of local environmental organizations' web pages, email addresses, and mailing lists.

In December of 1996, Mik started a weekly environmental public access TV show on Manhattan Neighborhood Network (MNN), called "Treebranch is On the Air." The show started off on Sundays at 5:30 PM, then moved to Mondays at 8:30 PM. In April of 1997 their daughter was born (you can see her in the intros of several shows from around that time), and in June of 1997 they moved to the Clinton neighborhood in Brooklyn. Mik kept up the show, but it was greatly diminished in terms of new episodes.

In 1999 Mik and family moved to Massachusetts, handing over the show and the website to Dave Lutz of Neighborhood Open Space Coalition (NOSC). A few years later NOSC accidentally let the domain names expire, after which they were picked up by various domain name investors. As of March, 2021, they are trying to sell treebranch.com for $30,000. Dream on. 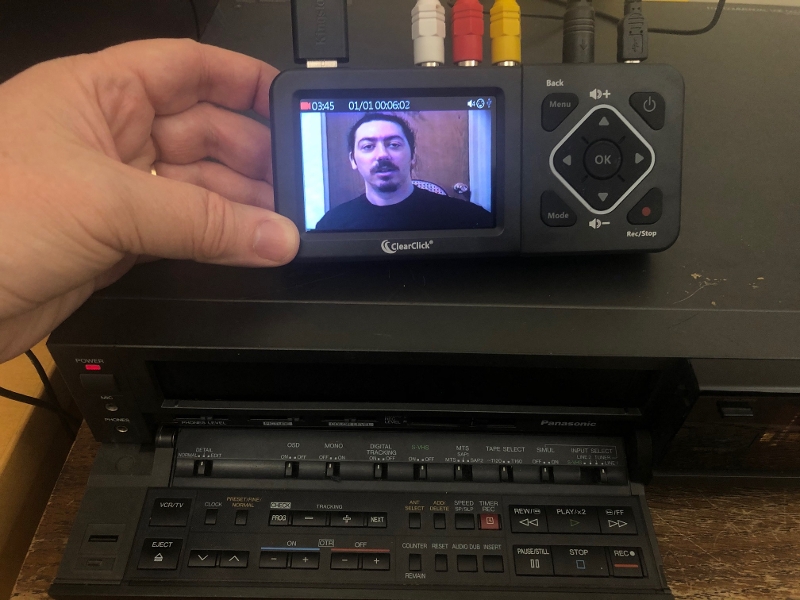 On the pages of this website you will find the thirty two episodes we found in a box that had been stored in the basement of Mik's current house. There was mold on most of the tapes, so not all of them digitized without issues.

We used a borrowed Panasonic S-VHS deck from Greenfield Community TV (GCTV) to play back the tapes, and digitized them using the ClearClick 2.0 converter, using a simple 8GB thumb drive as the temporary storage. This device is awesome, and we also used it to digitize about 100 hours of family home videos (not included, here). We highly recommend it.

On this website we also include the original airdates for our "On the Air" show, starting in December of 1996 through November of 1998. There are many missing episodes, lost to time.